Highway Radio joins Westwood One, the largest radio network in the U.S. and the exclusive network radio partner for the National Football League, for comprehensive coverage of Super Bowl LIII, live from Mercedes-Benz Stadium in Atlanta, Georgia on Sunday, February 3, 2019. The network will feature a full schedule of game day programming leading up to kickoff, when the New England Patriots take on the Los Angeles Rams for the title. This is a rematch of Super Bowl XXXVI, when Tom Brady and the Patriots beat Kurt Warner and the Rams. It was Brady’s first Super Bowl appearance. Next week will be his record 9th time playing in the game.

Kevin Harlan will handle the play-by-play duties for the Super Bowl for the ninth straight year, with Super Bowl XXXIV MVP and Hall of Fame quarterback Kurt Warner making his debut as the color analyst. Super Bowl XXXI winning coach Mike Holmgren will also contribute throughout the game broadcast, his fourth year as a member of the broadcast crew. Former All-Pro Offensive Lineman Tony Boselli returns for a third straight year as sideline reporter, and will be joined on the field for the second consecutive year by Hall of Fame reporter Ed Werder. Jim Gray will anchor the pregame and halftime coverage, with appearances by Arizona Cardinals wide receiver Larry Fitzgerald and New England Patriots quarterback Tom Brady. This is Jim Gray’s 18th Super Bowl for Westwood One. Scott Graham will return for his 10th straight Super Bowl and will also contribute to the pregame show coverage. 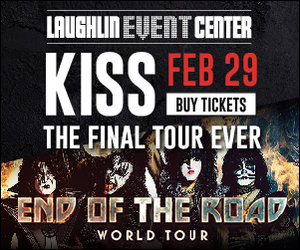